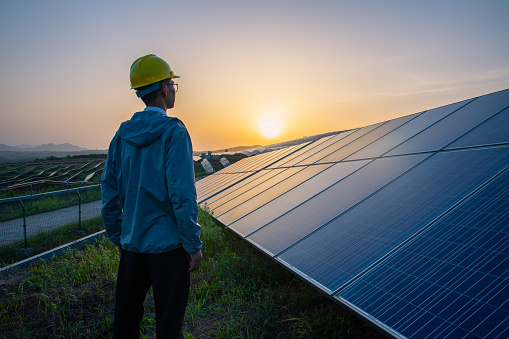 Solar energy is a form of energy that comes from the sun. It can heat air, water, or space to produce electricity.

The sun’s light consists of many different wavelengths on the electromagnetic spectrum. The sun’s spectrum includes visible light waves, infrared light waves, ultraviolet rays, and even radio waves. Solar panels use solar cells to convert these various types of light directly into electricity.

There are two main types of technologies used in this regard. They are photovoltaics (PV) and concentrating solar-thermal power (CSP). Let’s discuss further how both of them work. 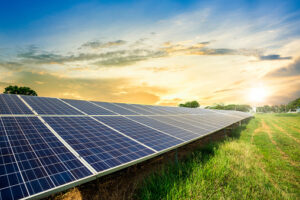 There are two different types of solar energy technologies. Each has its applications, and specific working principle that make them more suitable for specific uses or locations.

A photovoltaic/solar cell is a semiconductor device that converts light energy into electrical energy. It’s the opposite of a solar thermal collector, which transforms heat from the sun into heat for your house.

Photovoltaics are best used to power calculators, watches, remote road signs and similar small appliances where their high efficiency can outweigh their high cost per watt.

The most common photovoltaic cell is a semi-conducting crystal such as silicon. These devices have an efficiency ranging from 10–20%. This means that they can convert up to 20% of the energy they receive from the sun into electricity.

Light, however, has a broad spectrum. Its intensity is distributed across all wavelengths. Silicon, in itself, does not respond to the entire spectrum of sunlight.

Scientists have found that if they coat silicon with certain chemicals or materials that are sensitive to particular portions of the light spectrum, it becomes possible to increase the efficiency with which silicon converts sunlight into electricity by up to 300%. 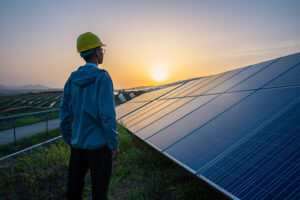 How Does It Work?

We know as light is made up of particles called photons, and each photon has some amount of energy depending on its wavelength (or frequency). When you shine light onto a photovoltaic cell, some of those photons are absorbed by the semiconductor material in the cell. Their energy frees electrons to flow through an attached wire as electricity (like how static electricity works).

The cells are made of solid material, usually crystalline silicon. PV cells absorb light energy from the sun and generate power.

The amount of electricity they produce depends on the type of material used, the amount of sunlight available, and how intensely it is struck by sunlight (also called illumination intensity). An inverter changes direct current (DC) into alternating current (AC), used in homes or businesses that need AC power for lights or machinery. 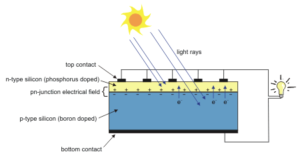 Concentrating Solar-Thermal Power stations, unlike photovoltaic cells, do not directly produce electricity from sunlight. Rather they use the heat from the sun to create steam and turn a generator that produces electricity.

Concentrated solar thermal power plants require a lot of real estate and mirrors or lenses to concentrate sunlight onto a single point or area that heats working fluid to generate electricity. 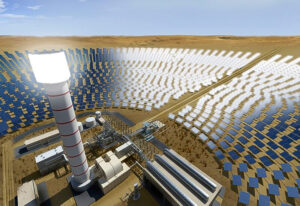 How Does It Work?

CSP solar power works and generates electricity from the Sun’s rays using mirrors or lenses to concentrate a large amount of sunlight onto a small area. CSP uses either parabolic troughs or solar towers to capture and reflect sunlight onto receivers that collect the heat to generate electricity.

This process starts by positioning specialised glass parabolic dishes or curved mirrors called heliostats to reflect the sun’s rays into a central receiver elevated above them on a tall tower, where it heats an element such as oil.

The hot oil produces high-pressure steam, which drives a conventional turbine connected to an electrical generator. Hence this method of generating renewable energy can provide a continuous electricity supply. 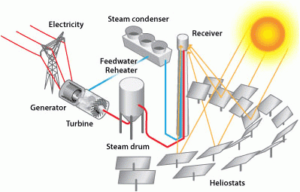 The essential difference between CSP and PV solar power is that the former uses direct PV cells, while the latter uses mirrors to produce energy.

Since CSP is reliant on mirrors rather than photovoltaic cells, it functions more like a conventional thermal power station. However, CSP can store some of the Sun’s energy as heat for later use, such as running it at night or when winds are high.

The important thing to note here is that this isn’t like traditional solar panels, which collect sunlight and produce electricity on the spot. CSP is more similar to fossil fuel-driven power plants than photovoltaic solar cells.

1. How Many Types Of Solar Energy Are There?

There are several different solar inverter technologies, including photovoltaic (PV) cells, which generate electricity directly from sunlight. Also, concentrating systems use mirrors or lenses to concentrate the sun’s rays onto receivers, which collect heat for use in homes, industry, and other applications. The heating systems are similar to concentrating systems that collect warmth from the sun and direct water heating for residential and commercial hot water storage.

2. What Are Some Challenges To Renewable Energy?

Some challenges facing renewable energy include:

3. How Does Concentrated Solar Panel Work?

Concentrated solar power (CSP) works by using mirrors or lenses to focus the sun’s rays onto receivers that collect heat for use in homes, industry and other applications. This technology can generate electricity through a steam turbine generator and steam turbine.

4. Will My Home Be Powered By Concentrating Solar-Thermal Technology?

Although residential use is not being looked at right now, there have been talks between companies developing this technology and home builders who could incorporate the concept into their homes. The idea is that residents could purchase some of the electricity made by their home’s concentrating solar-thermal system on the spot market, store it in batteries, and later on use it to power their home.

How Efficient Are Solar Panels In 2022?

How To Clean Solar Panels? An Ultimate Guide