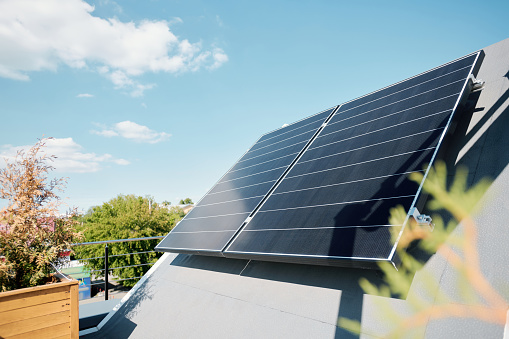 In today’s day and age, with the human race becoming increasingly reliant on electricity, many people are looking for ways to conserve energy. The most popular solution is solar power. Solar panels provide a renewable source of clean energy that has an unlimited supply.

However, are they efficient? Due to their high cost and sustainability perks in comparison to traditional methods of generating electricity, many people question whether or not they will be efficient enough in 2022. This article will explore this topic further by discussing the factors of solar panel efficiency and the composition of solar cells. 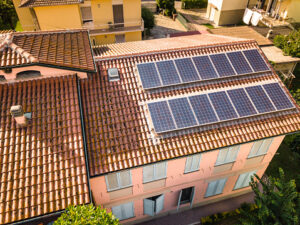 One of the most common questions for those considering solar panels is “How efficient are they?” It’s an important question because you want to know if this investment will completely offset your energy costs or just put a dent in them. There are several factors that impact the efficiency of residential solar panels.

Typically speaking, there is little difference between various models of solar panels, so most efficiency comparisons boil down to panel design and construction differences within each company’s product line.

When comparing solar panels, you’ll notice that efficiency is measured in wattage. The typical solar panel on the market today runs around 250 watts, although there are larger 300+ watt models available. That 250 watts number reflects the amount of energy the solar cells within the panel are rated for converting to electricity under laboratory conditions.

There are two common most efficient solar panels types on the market, monocrystalline and polycrystalline.

2. Positioning And Angle Of Plane During Installation

The tilt of the plane (or angle), as well as its direction (east, west, north, or south), can both impact solar panel efficiency. While it is difficult to measure exactly how much difference the orientation and position make in terms of overall energy output, it’s estimated that a properly angled and oriented plane can increase output by about 10% over a flat design installed facing due south.

The temperature has an important role in determining how efficiently photovoltaic cells convert sunlight into electricity. Solar cell efficiency generally decreases as temperature increases, which means that even though your panels may be rated for such-and-such an amount of efficiency, that level might only be reached or even exceeded when ambient temperatures are low.

4. Shade – Partial Shadows Can Reduce Efficiency But Not Significantly

One of the most surprising factors for many people is how much shading an area can affect solar panel performance. But this makes sense when you consider that cells in shaded regions do not receive direct sunlight so their output is significantly reduced.

While complete shading will reduce a cell’s output considerably, partial shade has little impact on overall energy production since the majority of panels remain exposed to direct sunlight and continue producing at near-full capacity under these conditions. Compared to other factors that impact efficiency, while shade still has an effect, it is negligible.

Other Factors For The Efficiency Under Extreme Conditions

There are many aspects of solar panels that require stability and consistency in order to function properly. One such aspect is the conditions under which they operate. Factors such as extreme weather can greatly affect a solar panel’s efficiency.

There are certain factors, though, that impact a solar panel’s effectiveness more than others. Some of these include snow, wind, hail, ice, and chemical residue. These factors must all be considered when using or manufacturing solar panels in order for them to have maximum effectiveness throughout their lifespan. 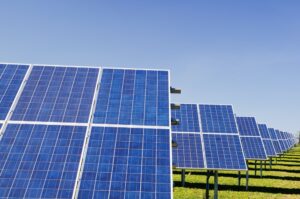 Snow can be very detrimental to solar panels if left unchecked. Snow acts as a blanket, insulating the surface of the panel from sunlight and preventing it from absorbing energy from the sun. Although nowhere near as destructive as ice, snow can waste a significant amount of energy by limiting the amount of time a panel is able to absorb light.

Over time, snow can become packed on top of a solar panel and create a solid layer that must be manually removed. Since doing so may hinder efficiency even more than leaving it alone, removal should only happen in special circumstances or when necessary for function.

The wind has been shown to have some effect on solar panels as well. But unlike most other adverse weather conditions, how wind affects individual panels can vary widely from place to place and time of year. In some areas, wind can be a major factor in the efficacy of solar panels whereas it may have no effect on others.

This inconsistency is due to how wind affects different types of solar panel technology. Solar thermal panels, for instance, work by focusing heat onto a central receiver with mirrors – but due to their construction, they are very sensitive to high winds and can easily become misaligned or damaged by them.

On the other hand, photovoltaic (PV) or reflective concentrator types of solar panels aren’t as harshly impacted by wind because the sunlight they utilize is applied more directly than with alternative technologies. 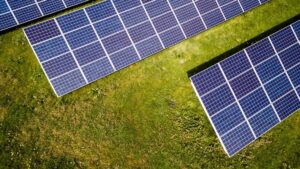 Hail is another extreme weather condition that can be a problem for solar panels. As with any impact from an object, hail can cause damage to a panel’s structure and reduce its ability to function properly or at full capacity. However, unlike wind or snow which may take weeks or months before causing noticeable effects on a panel, the results of hail damage are almost immediately apparent.

As with other forms of extreme weather, ice is also capable of damaging solar panels. In fact, large accumulations of ice have been shown in some cases to brake system components and severely limit their efficiency by up to 40%.

In addition to being a general nuisance when it comes to operating a PV system efficiently, the accumulation of ice during colder seasons can also create additional weight on top of a panel’s surface. This additional weight can decrease the lifespan of a panel and also cause problems with certain types of solar tracking hardware which must remain level in order to operate at full capacity.

Chemical residue from pollutants such as carbon monoxide, sulfur dioxide, and nitrogen oxide can have a serious impact on solar panels’ ability to generate energy by limiting the amount of light they are able to absorb. One study conducted found that these types of pollution reduced a PV system’s efficiency up to 10% just from being exposed to it for an extended period of time.

In addition, many heavy metals such as lead, mercury, arsenic, cadmium, chromium, manganese, nickel, and cobalt also affect the efficiency of the system.

Although the sun is a renewable energy source, too much sunlight can be harmful to solar panels as well. If left in direct sunlight for long periods of time, the materials used in solar panels such as glass and metals can become degraded and reduce their efficiency significantly.

Insulation resistance refers to how well a system is protected from external sources attempting to interfere with its performance or function. If insulation becomes damaged, disconnected, or compromised in any way it can cause problems with power generation and severely limit the amount of power produced by an affected area of a PV system if not corrected immediately. 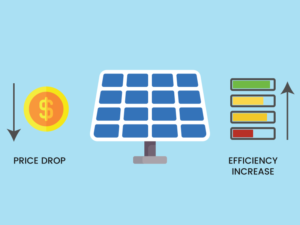 Thermal cycling is another threat that solar panels must be prepared to face on a daily basis. It refers to the rapid heating and cooling of a panel as it moves between hot sunny periods followed by cooler shade or nightfall. During this cycle, expansion and contraction can cause damage to solar panels’ internal components if they are not designed with thermal cycling in mind.

Extreme weather conditions pose many threats to traditional forms of power generation including solar technology. Although scientists are still learning more about the cumulative effects these natural phenomena have on PV systems, it is clear that diligent maintenance can go a long way to ensuring their proper function for years to come.

Given that solar energy system, technology is rapidly advancing and becoming more efficient, it’s likely that in 2022 solar panels will be even more commonplace and affordable. This means that if you’re thinking of installing solar panels on your home or business in the near future, now is the time to do it.

Not only are you helping the environment by using clean energy, but you’ll also be saving money in the long run. Let us know if you have any questions about how solar panels work or which type of system would be best for your property. Our team is here to help.

What Are Solar Panels Made Of? An Ultimate Guide

How to Install Solar Panels? 4 Easy Steps To Follow