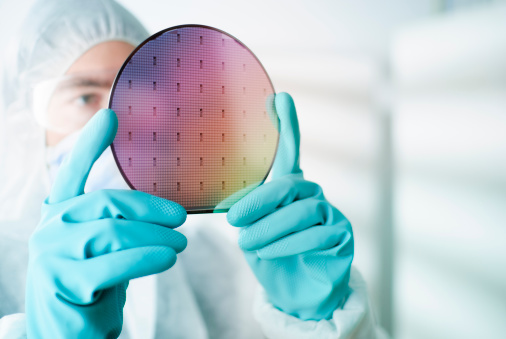 Basically, solar cells produce electricity by making use of the sun’s energy, which is then converted into electrical power. It is when a photon from the sun hits a semiconductor material and knocks loose an electron from its atoms or molecule. In this case, it will carry with it some extra energy in order to release itself from the atom or molecule and move away freely.

With this basic principle, let’s find out more about the material of solar power panels. 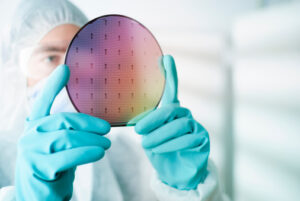 What Are Solar Panels Made Of?

Solar cells are semiconductors that convert light into electricity. Semiconductors are made of different materials, each with its own unique properties. Using these materials allows engineers to design solar cells that have high-efficiency ratings and favorable price tags.

The majority of commercial solar panels on the market today use silicon in some form, either mono- or multi-crystalline, to create large sheets of interconnected solar cells. These interconnected cells collect energy from the sun through the use of photons.

When a photon is absorbed by a cell it excites an electron inside, exciting other electrons across the entire series until an electrical current is achieved.

The most common type of solar panel uses polycrystalline silicon. Polysilicon is made up of many microcrystals, which can be seen when looking at a solar panel under a microscope. The microcrystals are created when liquid silicone is poured over an aluminum-covered wafer and then heated to about 1500°C.

Because this process creates microscopic imperfections, the microcrystals must be cut apart and melted back together in order to transform them into large crystals that can be used in solar cells.

These large crystals allow for greater efficiency than the smaller mono-crystalline cells because there is more surface area exposed to incoming photons. This allows polysilicon solar panels to achieve an efficiency rating of about 15 percent. They are also much cheaper to produce than their multi-crystal cousins.

The second most common type of solar cell is made of monocrystalline silicon. These cells are created when the polysilicon is exposed to another high temperature that melts it into a large crystal. These types of solar panels typically have an efficiency rating of around 16 percent.

Because they are exposed to higher temperatures, mono-crystalline cells are more expensive, costing about double the price of their poly counterparts. Multi-crystal solar panels use thin ribbons or slices of silicon instead of microcrystals in order to reduce manufacturing costs while still achieving efficient power generation ratings.

They can achieve efficiencies between 13 and 17 percent, depending on the size and type selected by an installer.

The next most common type of solar cell is made of the thin film. Thin film is created using a process called deposition. This process uses expensive equipment called ‘vacuum chambers’ to vaporize an element (usually silicon, cadmium telluride, copper indium selenide, or organic materials like carbon) and then condense it onto another surface (usually glass or steel).

Thin films are typically less than 1 micrometer thick, so they don’t offer much surface area for collecting photons. Because of this, the efficiency rating of thin-film cells is between 5 and 9 percent.

Why Are Solar Panels Made With Silicone?

Solar panels are made of silicon for a variety of reasons, the main reason being that it is abundant and affordable. Silicon possesses an atomic structure that can be affected by heat to produce non-conductive layers. This creates ‘doping’ which affects conductivity. Hence, resulting in semiconductors being used within many electronic devices including solar cells.

Every atom has properties affecting how electrons are shared amongst each other, depending on what kind of atoms they are combined with or their proximity to other atoms containing different kinds of subatomic particles called valence electrons.

Silicon is one such example of an element that can be used in creating semiconductors because its atomic structure possesses four bonding sites for additional non-metallic elements within its outer shell orbital. 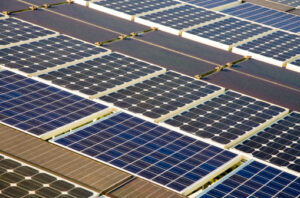 Another reason why solar cells and other semiconductors are made from silicone is that it’s abundant and very affordable. It makes the cost of solar panel manufacturing much more feasible to be used for practical applications such as powering our homes, cars, or other electronic devices like smartphones or laptops.

3. Easy To Optimize For Photovoltaic Effect

Silicones possess an atomic structure that is fairly easy to work with by changing their chemical makeup so they can optimize for the photovoltaic effect of photovoltaic cells.

It can effectively turn light into power for solar cells due to its chemical properties. The silicon absorbs light from the sun that contains photons with energy greater than the bandgap of silicon. When an electron receives enough energy to cross this bandgap, it becomes excited and leaves behind a “hole” where the electron was located before excitation. This hole represents a positive charge, which attracts other electrons on adjacent atoms.

This means that sunlight can be absorbed by silicon’s atomic structure which increases its electrons’ energy levels causing them to jump into their outer orbitals. When this happens, the solar cell has higher conductivity and is capable of producing electricity.

Lastly, because silicone isn’t easily corroded or degraded over time it can withstand many years of exposure to our environment without degrading too much in quality. Silicon-based solar panels are sturdy enough for continuous long-term use making them a very good option for residential applications where they can last up to 25+ years.

If you are wondering whether to get solar panels for your home, you may want to consider if they are environmentally friendly to make. The good news is that solar panels themselves cause only a minimal amount of damage to the environment when compared to traditional power generation methods like coal or natural gas.

However, there are many other environmental concerns with how solar panels are manufactured and where their raw materials come from.

Prior to answering this important question, it is essential that we understand what goes into the manufacturing process of a typical photovoltaic solar module (solar cell).

While there are some environmental issues associated with the creation of photovoltaic modules, most companies take great efforts to ensure that their products are produced in ways that cause minimal damage to the environment.

Many manufacturers have implemented policies requiring them to purchase raw materials only from suppliers who are certified by Green-e, a non-profit organization that enforces environmental standards. There are also various recycling programs that allow consumers to return their old solar panels for repurposing into new products.

Proper disposal is another big concern with most solar panels because they contain harmful chemicals such as lead. Fortunately, safe disposal practices have improved significantly in recent years due to the efforts.

The good news is that manufacturers can now properly dispose of their products without having to include any special fees on the final price tag of the modules. So, you can get started with modern solar panels easily without any worries about the environment and sustainability.

How Does Solar Energy Work? An Ultimate Guide