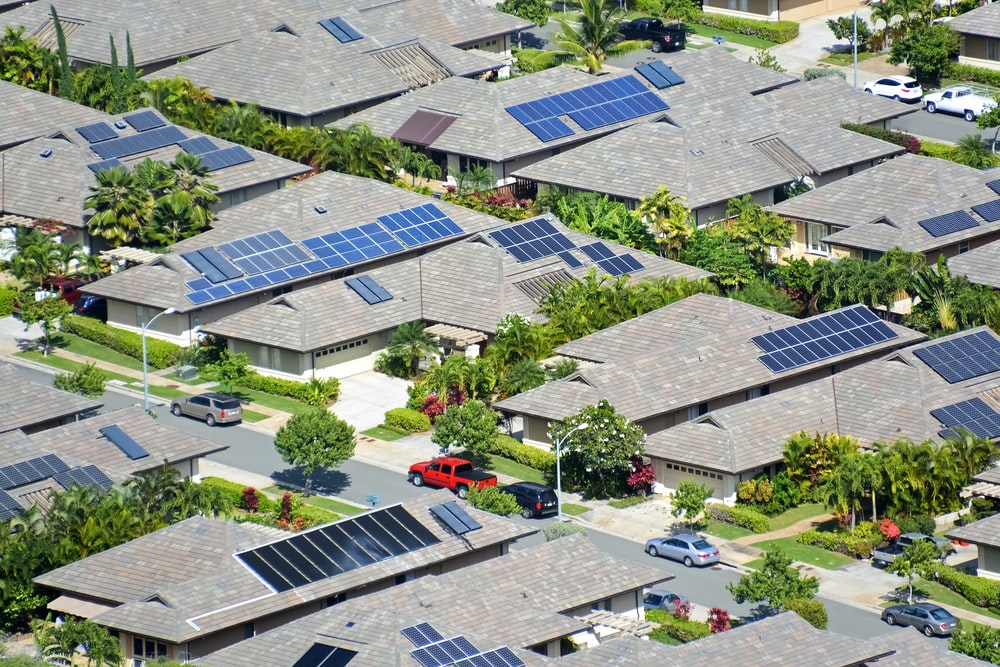 Solar panels convert sunlight into electrical energy. The amount of power a solar panel produces depends on the size of the panel, the type of solar cell, and the intensity of sunlight. Most solar panels have an output rating of between 200 and 400 watts. While higher power ratings are considered preferable, power output is not the sole factor in judging a solar panel’s performance. Let’s discuss it in detail. 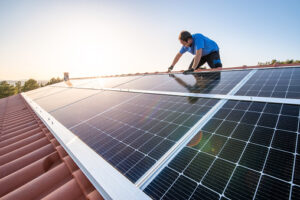 Factors That Influence The Need Of More Solar Panels

Solar panels can be used to power a variety of devices, including homes, businesses, and vehicles. Solar energy is a renewable resource, so it is a good choice for people who are interested in reducing their reliance on fossil fuels.

1. Size And Location Of Solar Panels

If you have a small solar panel, it will produce less power than a larger one. Solar panels also vary in how much power they produce at different times of day and in different seasons. For example, a solar panel in the southern United States will produce more energy from May to October than one in northern Arizona or Alaska because there is less cloud cover and direct sunlight from the south.

Solar panels that are not well-angled toward the sun can also produce significantly less power than those that are well-angled. In order to get the most out of your solar panel, make sure it is properly positioned and angled towards the sun.

The optimal angle for a fixed solar array is latitude minus 15 degrees. If you live in a colder climate, you might consider installing a solar tracker to keep your panels angled toward the sun throughout the day.

Solar cells are devices that convert light energy into electricity by converting photons of sunlight into pairs of electrons and holes. The two types of solar cells are crystalline silicon and thin-film amorphous silicon.

Crystalline silicon cells are composed of single-crystal semiconductors wafer while thin-film amorphous silicon is made by depositing a very thin layer, usually around 100 nm thick over a rigid but flexible substrate material.

The raw material used to produce photovoltaic (PV) modules may vary in composition depending on the manufacturer or type of PV module technology. Manufacturers then use an alloying element such as copper, silver, or aluminum on the back of a solar cell to collect electricity.

Copper is most commonly used because it conducts electricity better than other metals and has a high melting point which makes it more durable.

A solar system is able to convert between 15 and 22 percent of the sunlight that falls on them into usable energy. In order to determine how many solar panels you need for your home, you will first have to calculate how much power you use on an average day, as well as the average amount of sunlight your solar panel receives each day.

The typical household uses about 30 kWh per day, around 1 kW. So a typical residential system would have around 20 square feet of space for every 1 kWh of daily energy usage.

A 100 W solar panel can generate up to 100 W at noon on a sunny day, but this power will drop off as the sunsets. Solar panels produce less energy in the winter months than they do in the summer months because there are fewer daylight hours and more clouds. Your solar panel may only produce 50% of its total power output during the winter, depending on where you live. 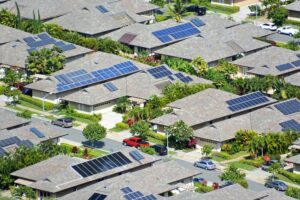 Solar arrays are able to connect to your home’s electrical system or store electricity in batteries for later use. Since most people are unable to go without electricity for long periods of time, it is best not to rely exclusively on solar energy unless you have an emergency generator installed.

Most solar panels plug directly into your home’s main electrical box so that all of your appliances can run off of solar energy during the day, then your home uses power from the grid at night. In this way, a solar power system will reduce your electricity bill a lot.

If you have a solar panel that is producing more power than you need at any given time, you may choose to sell this excess electricity back to your utility provider so that they can redistribute it to other homes and businesses. It all depends on how much electricity you’re getting from your solar energy system.

How Many Solar Panels Do You Need For My House? System Size Comparison

How Many Solar Panels Can You Fit On My Roof? System Size Compared To Square Footage

How Many Solar Panels Can You Fit On My Roof Based On My Home’s Square Footage?

How Many Solar Panels Do You Need For Individual Electricity Loads?

Power Production And Your Needs

When installing solar panels, it’s important to know how much power they can produce and how it will affect your home’s electricity usage.

The first step in understanding how solar panels can help you save money on your electricity bills is to understand your home’s current electricity usage. You can find this information on your last electricity bill. The bill will show you how many kilowatt-hours (kWh) of electricity you used in the past month.

To find out how many solar panels you need, you first need to calculate the size of your solar system. This involves multiplying the number of kWh you use in one month by 30 to find out how many kilowatt-hours are used over a year.

To calculate the output of your solar panels, all you need to know is how much energy is produced per hour by sunlight and how many hours of sunlight your location receives on average per day during peak sunlight hours (generally between 11 AM – 2 PM).

The more hours your solar array can generate power from direct sunlight, the more energy it will produce for your home. Peak sun hours are highly dependent on your location, so you will have to research this for your area. 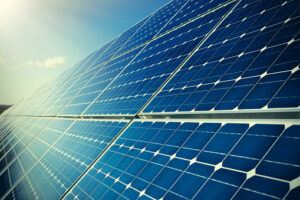 1. How Big Should Your Solar PV System Be?

2. How Much Electricity Do Solar Panels Produce?

Solar photovoltaic (PV) systems convert sunlight into electricity that is then sent to your home’s electrical system through the inverter. The amount of power they produce depends on several factors, including:

The size and type of your solar PV system can affect how much energy it produces. If you create more electricity than you need, the excess will flow back into the grid. This is called “net metering.”

Most systems are set up so that net-metered customers receive credit for any extra power their systems generate. However, net metering policies vary among utilities. Utilities that offer net metering typically require you to have a grid-tied solar PV system.

3. Does Roof Orientation Impacts The Output Of Solar Systems?

Yes, it is an essential factor that affects how much solar power your panels produce is the orientation of your roof. If you live in an area where sunlight intensity varies throughout the year, it’s best not to install your solar PV system in one fixed orientation. Instead, choose an adjustable mounting system so that you can maximize solar power production depending on the season and time of day.

4. How Much Will Your Home Benefit From A Solar Panel System?

The amount of money you’ll save by using solar energy rather than traditional sources depends on several factors: The cost of retail electricity where you live. How big your system is Whether or not you participate in net metering programs like net metering allows you to sell extra solar energy from your rooftop back to the utility company. The more electricity you produce, the more money you can save with net metering.